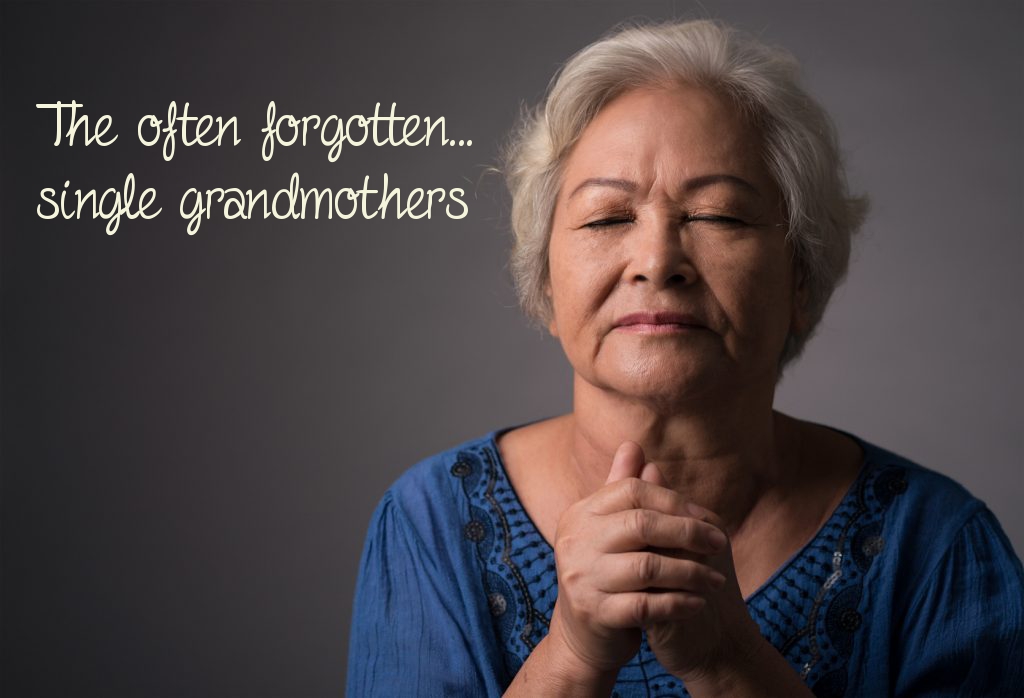 Last year I had the wonderful opportunity to hear a number of people talk about grandparenting ministry and what it might look like in a church. Cathy Jacobs, from Pass the Legacy, spoke about the challenge facing the single grandmother; and today I’m delighted to share with you some of what she had to say.

Cathy said single grandmothers struggle with how they became single – they are sad and depressed when they become single due to the death of their husband and often feel bitter, angry, broke and even experience shame when they become single through divorce. She talked about another “type” of single grandmother as well; the ones who are single because of “absent” grandfathers – the ones who do not engage.

If we as the church are going to engage, equip and encourage all grandparents in our ministries, we have to also understand some of the special needs of those grandmothers who are single. We need to invest in them by coming alongside and providing support and encouragement. Cathy suggested we look at building a community of grandparents to do exactly this.

Of course, not all of these grandparents are believers, but even so, we are talking about millions of grandparents who could be engaged, equipped and encouraged to pass on a heritage of faith to their grandchildren! And just think how your children’s ministry would be impacted if grandparents were being equipped to pass on faith to their grandchildren, if they were praying for your children’s ministry, and if they were getting involved as volunteers!

Lynda has three sweet rascal grandsons who make her heart happy! She is the author of Deeper In 4 Grandparents & Parents, Too! Praying the Scriptures for the Children You Love, It Is Impossible to Spoil Grandchildren and Science, the Bible & Fun – a curriculum with 52 weeks of Bible learning and fun for grandparents and grandchildren. She also writes the blog, grandma’s cookie jar. Lynda is a Senior Writer and Editor for the Legacy Coalition.

You have Successfully Subscribed!