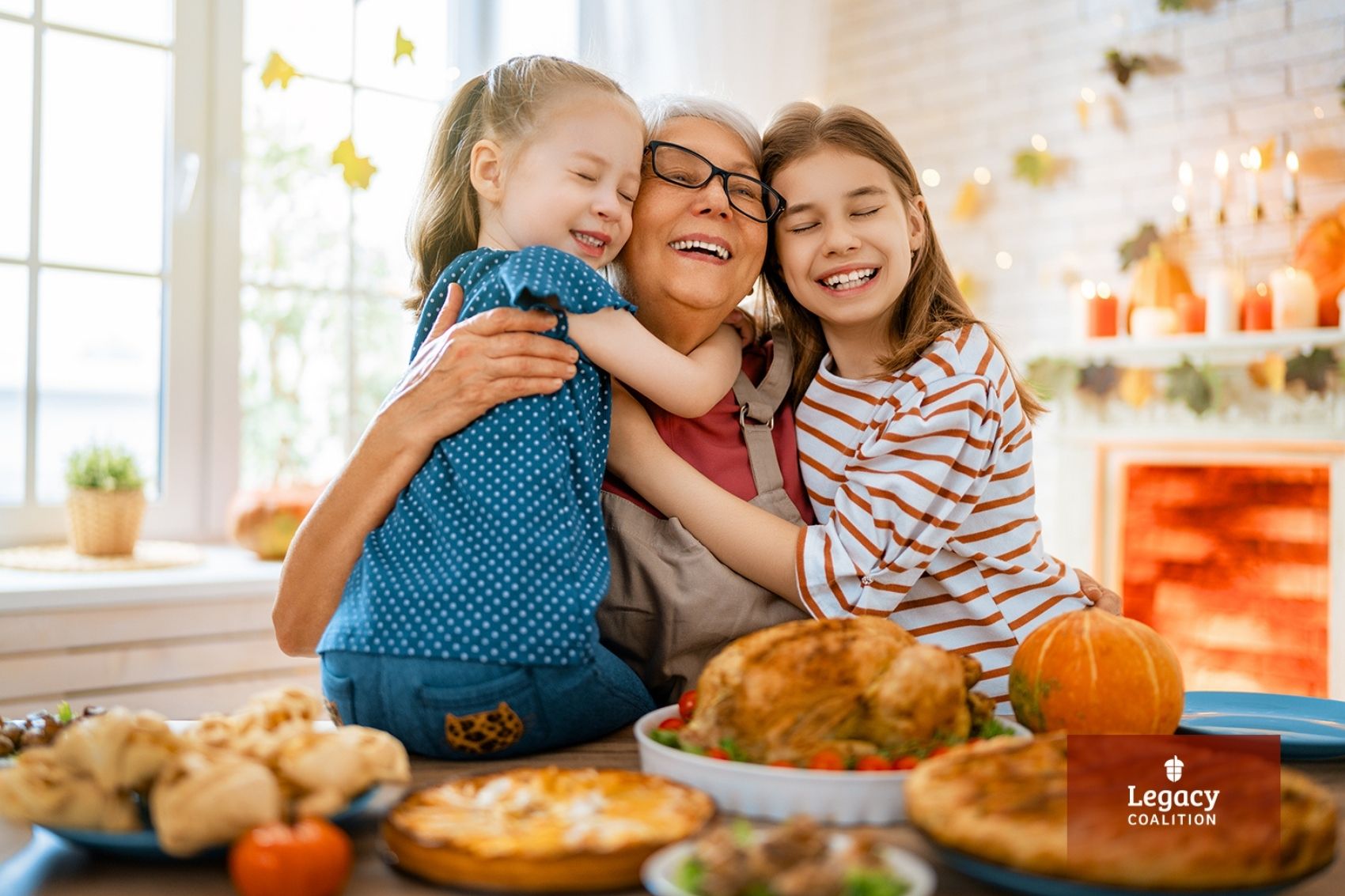 Gather means to bring together, collect, pick, harvest, accumulate, summon to come together in a group; to grow or increase like a gathering crisis, a gradual increase as in gather speed; to reach a conclusion through hints or inference, to bring together various parts, and a few more.

It is a word familiar to those of us who are grandparents but used less frequently by our grandchildren. From our “grandparent” perspective it belongs in November as we gather to give thanks.

The Bible authors used the word gather or gathering about 150 times in the Old and New Testament.

In the Old Testament, God gave directions about gathering crops that provided their physical food. Rules of how the crops should be gathered included provisions for those who did not have fields of their own. They were to care for those less fortunate.

Under God’s direction, armies gathered to gain land, seek an advantage, or repel an enemy. The widow who blessed Elijah had just gathered her last two sticks of wood before she and her son would eat the last of their food and die. God, through Elijah, blessed her in return.

Throughout the Old Testament God ordained special days of fasting or feasting for remembrance of His involvement in His people’s lives as protector, defender, and rescuer.

Gathered rocks and stones made a visual reminder of where and how He had met them. Each ordained feast or festival day commemorated something special that God wanted them to remember.

When Jesus gathered His disciples for the Last Supper, He instituted communion as a remembrance of His body and blood.

Early Christians gathered in fear and faith to establish the church. They told the Christians to not forsake gathering together.

November 11, Veteran’s Day, marks a time of remembrance harkening back to the end of World War I, when the final armistice was signed on the 11th day of November, at the 11th hour, and the 11th minute.

Unlike Memorial Day where the focus is on those who died in military service, Veteran’s Day honors those who returned from the battlefields.

From the smallest village to the largest cities, a hush falls as we honor all those who gave up personal dreams to serve our country in the military.

THANKSGIVING is the most celebrated November holiday.

Most of us can reminisce about Thanksgiving in the past. We remember the drives to our relatives’ homes. Often Grandparents were the hosts. My grandparents were all gone, so we went over the river and through the woods to uncles and aunts’ homes.

Most of my early memories focus on the Thanksgiving gathering at the farm.

Depending on my dad’s work schedule, we would drive the 75 miles as late as Thursday morning with a trunk loaded with ingredients to add to the dinner like rolls, frozen vegetables from the garden, or a Jello salad.

It was never pies. Aunt Amy was the pie baker. Mother was not.

Upon arrival, the linens-covered tables set up the dining room, living room, and kitchen. Places were already set including place cards to forestall any seating arguments.

The aroma of the roasting turkey made everyone who walked through the door pause just to take in a deep breath.

The place cards for the young cousins were on the kitchen table pulled out to their maximum length, and it was still crowded.

Usually, one mom was at the head of that table to keep chaos to a minimum. My cousin Teri and I were often the oldest and we chafed at sitting at the “baby” table.

Imagine our surprise the year that we discovered place cards at the dining room table. We were in Thanksgiving heaven, at least through the meal.

However, as the adults continued their talking and laughing, long after everyone was completely full, we became restless. Aunt Amy had an answer to our sighs and moans: “You two are big enough to sit at the adult table so you are big enough to clear it.”

Eventually, as the aunts and uncles became older, the traditions changed, and we gathered in the homes of older cousins.

For several years, Thanksgiving was in a small house in Minneapolis. The cousins were different, but the fragrance of food and gratitude were the same.

Some new foods like lefse and krumkake added to the traditions. We were more crowded, but the laughter and the food fostered more memories.

With passing years and generations, the locations changed. New children waited to be moved to the adult table. We still traveled to the big family gathering while that last of the aunties were still with us, but modern life brought changes, like broken families and holiday custody. I moved a thousand miles away.

So now, the reality of Thanksgiving is one little blended family juggling dates and menus for the sole purpose of gathering to give thanks for what we have on a day somewhere around the end of November. And I praise God for that.

Grandparents, as you gather this Thanksgiving, remember and share your stories so that children learn about their heritage here on earth and in heaven. 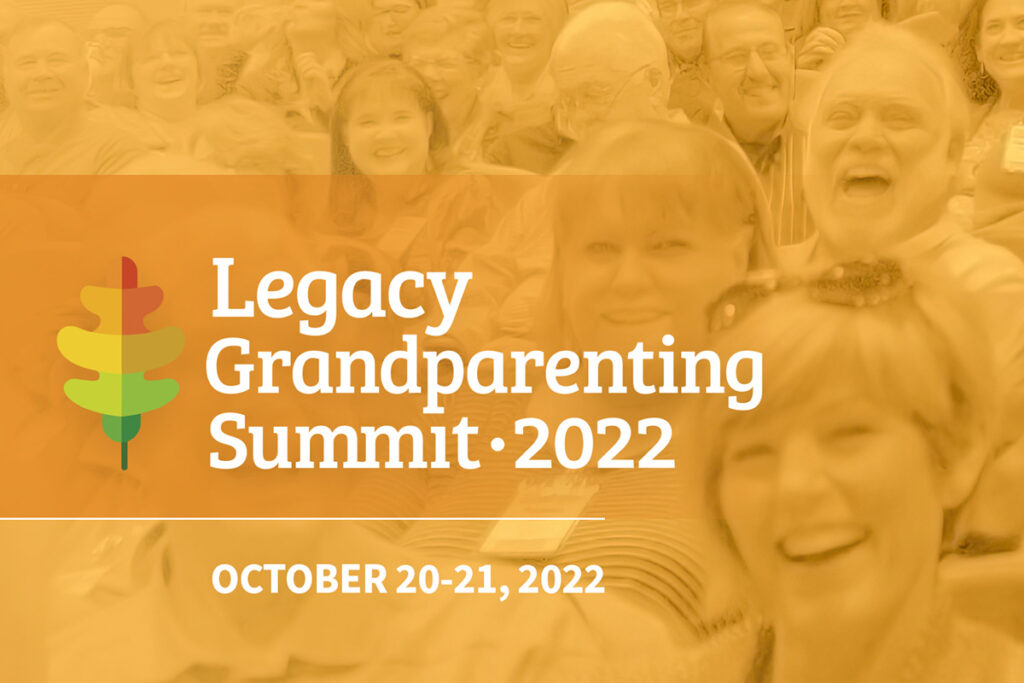 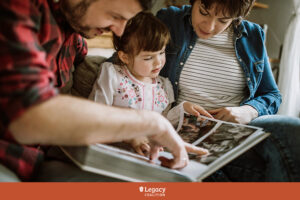 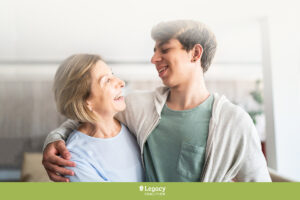 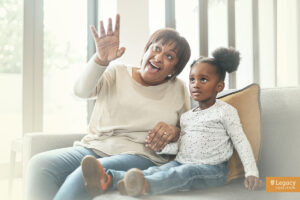 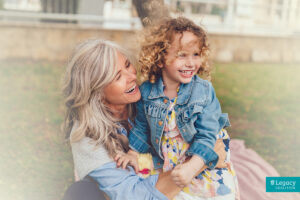