The celebration of Father’s Day began in the church. The first observance followed the 1907 mining disaster in Monongah, West Virginia. On that day, 361 men lost their lives, 250 of them being fathers.

These fathers left behind over 1,000 children who no longer had a dad. In response to a personal request by one of the children, Grace Golden Clayton, the pastor of the Methodist church held a commemoration service.

Then in 1909, Sonora Louise Smart Dodd, after hearing a Mother’s Day sermon, thought there should be a similar day set aside to honor fathers. The following year on June 19, 1910, it became a reality. Sonora’s own church in Spokane, Washington, held a Father’s Day celebration.

Finally, 50 years later in 1966, after many obstacles were overcome, President Johnson through an Executive order recognized Father’s Day as a national holiday. In 1972, President Nixon made it a federal holiday.

Father’s Day is still facing obstacles today. There are indeed phases and stages of fatherhood – some filled with joy, while others flow with grief.

Many churches are no longer celebrating it because it can bring pain with it: perhaps there was a recent loss of a father or child, or the agonizing desire to be one yet still waiting, the absent father, or memories of an abusive father.

Keep in mind that there are over 72 million fathers in the US, with 29 million of them also being grandfathers. Two million of these are single dads, and in one out of three homes, children live without a dad.

People do desire to recognize their fathers. We have to realize people come with their own stories filled with a wide range of emotions. Be open and sensitive as you plan how to honor fathers.

While father-child relationships can be complex, here are a few things you could implement this Father’s Day. Consider giving it the same attention you do to Mother’s Day.

What do you do at church to honor them? What could you do that is similar for dads? One church has “Donuts for Dad,” where each dad is given a donut. Think through what you have normally done – how could your traditions affect those for whom Father’s Day is painful? Do you need to make any changes?

Consider ways you could show honor, appreciation, and recognition while also being empathetic and giving support to those who are struggling.

Fathers have a vital role in the home. They are called to spiritual discipleship. In fact, in 1924, Calvin Coolidge said Father’s Day is to “establish more intimate relations between fathers and their children and to impress upon fathers the full measure of their obligations.”

Where better to find out how to do that than through God’s Word surrounded by a faith community who will be there to encourage and support all along the way?

This is a promise from God Himself: “I will guide you in the way of wisdom and I will lead you in upright paths. When you walk, your steps will not be hampered, and when you run, you will not stumble.”[Proverbs 4:11-12]

There are still things that can be done with sensitivity to encourage, celebrate, and honor the fathers and sons who are in your midst.

Let’s keep the celebration of honoring fathers in the church. Many churches have breakfasts, cookouts, or picnics to honor dad. Others have car shows, fishing trips, or wild game (as in turkeys, deer) nights. What could you do to welcome brand new fathers and grandfathers to this amazing journey? Think about the fathers and grandfathers in your congregation and come up with a fun way to honor them. 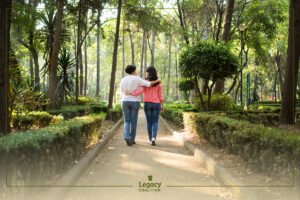 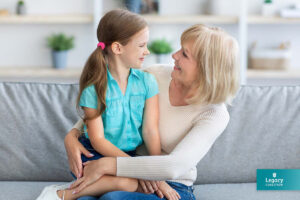 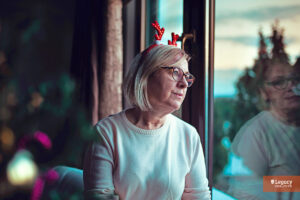