A Call to Godly Manhood 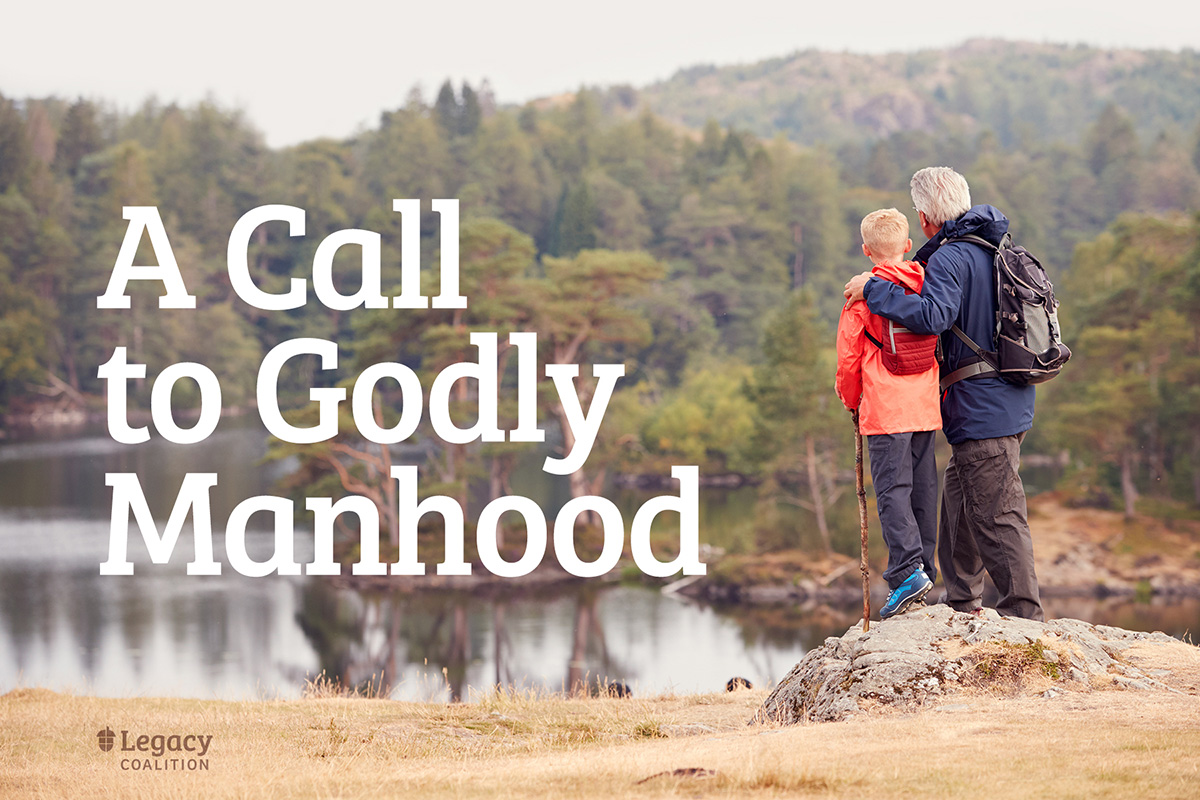 We love being grandparents! We seek to be very intentional in our grandparenting by maximizing the opportunities God gives us to pass on our legacy of faith to our grandchildren and beyond. Most of these times occur naturally whether around the dinner table, playing board games, hitting a croquet ball, tossing a baseball, or even riding in the car. God allows us to be alert to these fortuitous times sharing our story with our grandkids. Yet there are other times, that are very intentionally planned out and scheduled by us or their parents.

Milestone events are an example of some of these times. These are events we want to mark down and keep a record of just like recording physical growth on a door jam – spiritual door jam so to speak. These are times to focus on or celebrate the spiritual development in a child or teen’s life. Some of these milestones are baby dedication ceremony, salvation decision, baptism and so many more. In this blog, we are going to focus on two teen events that we have had the privilege to take part in as grandparents.

But first, let’s talk about why we have milestone events. They are catalysts and conduits to deepen relationships with God, parents, grandparents, family as well as their community of faith. Seize these great opportunities when your grandson or granddaughter is most receptive to your values and beliefs. Capitalizing on these occasions to communicate spiritual truths will help your (grand)children grow into maturity. They prove to be vitally important to inspire, influence, and invest in when their heart and mind are most open to you. We desire to transmit truth successfully and these events help immensely. Most milestone events have a period of instruction and time of celebration centered on the spiritual development in the child’s life. They can be connected to an age such as the two that will be shared here.

The first one we will share takes place when a grandson turns thirteen. This formal celebration encompasses the grandson’s identity in Christ. A meal and ceremony are planned out very deliberately. The father invites key men to speak into the life of his son, assigning a part of an arrow, to each one. Boys look to men, especially their father, for cues on how to act. There is no substitute for godly men to speak into the life of a boy, calling him to biblical manhood. The goal is that each man will connect a spiritual significance to the arrow part and what it means as the son grows in the knowledge and grace of Jesus. All are connected to the target for a Christian life. The words spoken are powerful as each man challenges the son to know his identity in Christ along with his destiny.

What a privilege to be one of the men to speak into the lives of two of our grandsons so far. Here is part of my challenge given:

In Scripture, feathers of an arrow are known as fletches. I am not going to talk about the arrowhead or the shaft but focus on the fletches.

The fletches represent the stabilizing aspect of the arrow as it soars through the air. They are what keeps it on the correct path. Without the fletches, the arrow can twist and turn or even flip out of control.

Young people also need stability in their lives for the same reasons. The best stability you can have; is a strong and healthy relationship with God!

We know that most good arrows have 3 fletches or feathers. Let’s say these represent a relationship with God the Father, Jesus Christ the Son, and The Holy Spirit. When all 3 fletches are properly placed on the arrow shaft, the arrow will fly straight! When you have a good relationship with and balance in your life, with God, Jesus, and the Holy Spirit, you will stay straight on the path, soaring through the life that Jesus has for you!

This August we had the added blessing of seeing our first grandson, now 16, speak at his brother’s ceremony. He was purposely chosen as the last speaker. He shared how that event meant so much to him on his special night. He went on to share how much more it means even now, 3 years later, witnessing it again. He shared how he revisits the challenges and encouraged his brother to do the same. What a cherished memory to see the older grandson’s maturity and love for the Lord shine through as he spoke.

At the conclusion of the ceremony, the (grand)son is given a wooden arrow that is signed by all the men who spoke. Additionally, a binder with each of the challenges spoken is given to the (grand)son. Employing symbols adds a lot to the power of the ceremony as well as serving as a reminder in the days to come.

The second milestone ceremony is made up of two aspects – adventures with a series of mentors and an informal celebratory dessert time. This milestone is very different in its approach and desired outcome. While the first was very formal and structured, this one is meant to be more relaxed and conversational. Much planning goes into this one as well.

A series of adventures are planned with key male mentors who have been assigned a topic to cover. For example, one may discuss how to dress for success, one how to conquer your fears, and another may share how to steward your resources. The corresponding adventures could be going to a store and purchasing an entire outfit, climbing a rock wall, and making out a budget.

Prior to the adventure beginning, our grandson was given an envelope that was to be used for the first adventure. Enclosed was a sum of money and he was instructed that he was to pay for everything throughout the day. He did not know where he was going, what was happening, or who he would be with – just that he would be gone for the better part of the day. With some trepidation and nervous excitement, his dad dropped him off with the first mentor. Each mentor going forward dropped him at the assigned next spot along with the needed envelope. At the end of the day (five adventures), he was brought home to a surprise dessert party with his friends and special people in his life; including mom, grandma, and other women. There was a time for the mentors to share what they did as well as a time for anyone else to speak words of encouragement. Our grandson also had time to communicate what the day meant to him.

Planning the event naturally results in them seeing the investment of time, finances, and intentionality put in by parents. Trust is then put in the men God has placed in their path to have the impact. What an amazing opportunity for our (grand) children to hear what we have been teaching all throughout their lives, voiced by these men they respect. Our son-in-law stated that “It is so important to have grandparents involved – it shows how the race continues on to the next generation. Grandparents have already invested in us, their children, but now they get to share from a seat of wisdom and love. There is something special in hearing you are a blessing to your grandparents. The journey to manhood/womanhood is a tough one and one we need a community of faith that will surround and help us raise them in the admonition of the Lord.”

The key elements of the milestone events are to make them highly relational, specifically personal, supremely meaningful, and intentionally spiritual. While they do take planning, they are so worth the effort and the impact that is made. Focus on ascribing value, dignity, and worth to the teen while also empowering them with a vision, purpose, and goal – a destiny. Remember to include a time of response where accountability and action are required. What a wonderful time where faith, family, community, fellowship, and food become a winning combination to further the spiritual walk of a young person and pass on your legacy so intentionally. There is power in celebrations – coupled with a charge to be a godly man!

“Now the days of David drew near that he should die, and he charged Solomon his son, saying, “I go the way of all the earth; be strong, therefore, and prove yourself a man. And keep the charge of the LORD your God: to walk in His ways, to keep His statutes, His commandments, His judgments, and His testimonies…” 1 Kings 2:1-3

2 thoughts on “A Call to Godly Manhood” 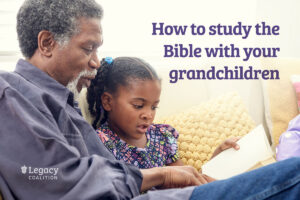 How to Study the Bible With Your Grandchildren 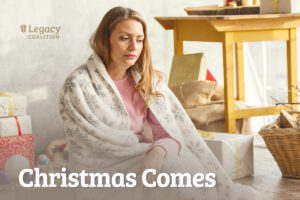 Written by Sherry Schumann, COO, Christian Grandparenting Network How did the pandemic affect your Christmas celebrations this year? Did you have to cancel some time 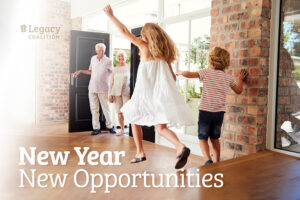 As grandparents, God calls us to be involved in the lives of our families. In fact, it is a two-generational involvement that He is calling 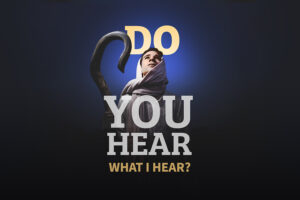 Do You Hear What I Hear?

Written by Deb del Villar, Director of Communications What do you hear this Christmas season? There is the beautiful Christmas carols and music, bells ringing