We can all look back on our lives with regret for some of the decisions we have made and opportunities we have passed up. Additionally, the realization may come that an opinion we held earlier in life was not based on sound logic or in accordance with God’s Word or will.

This is especially true when it comes to the issue of abortion and for those personally involved like family or health care providers. They often regret their previous decisions or positions. Many of them reach the conclusion that they have taken a life or participated in terminating many lives. This leads to a struggle to reconcile that decision with their general love of children along with the high value they place on the sanctity of life.

Similarly, formerly pro-choice supporters may recognize that their position did not fully consider the value of the life of an unborn baby.

If you have learned that your son1, daughter, or grandchild has been personally involved in an abortion or supports a pro-choice stance, this blog will be helpful for you.

In Part 1 of this blog, we will explore some reasons why abortion or a pro-choice stance is chosen along with offering suggestions for how to respond. Part 2 will cover what to consider when talking with your children and grandchildren about sanctity of life issues.

The internal suffering for a woman who has terminated a pregnancy often becomes intensified after she gives birth to a child as she is intimately reminded of what she gave up previously. Each cry, caress, and snuggle becomes a reminder of the child that could have been. A mother may feel trapped in a constant state of what she thinks is unresolvable guilt.

Men who participated in a decision to abort are sometimes overwhelmed with fear that they will be unable to fully love and protect their wives and future children since they ended a baby’s life.

Healthcare workers and others who encouraged or performed abortions often feel as if they participated in genocide.

Sometimes, internal shame is exacerbated by external voices that tell these women and men they are “murderers”. In these cases, the sentiments may be deeply wounding because they come from people identified as friends and loved ones.

Thankfully, there is a path out of the guilt and shame that is found in the redemptive healing of Jesus Christ through His undeserved grace and truth.

Notice I mentioned grace first because as we examine Scripture, we find that as Jesus walked among and ministered to hurting people on a daily basis, He often led with grace and followed with truth. His life provided a model for how we should respond to people who have been involved in terminating pregnancies or those who have previously encouraged or continue to encourage a pro-choice position.

Being Part of the Healing

We can be a part of healing those who have been affected by abortion or those who take a pro-choice position if we recognize that we must begin from a place of love and empathy.

I Corinthians 13 clearly states that love is the greatest of all virtues and that our thoughts, words, and actions must always begin with a foundation of love. In I John 4:8 and 4:16, we are told that God is love.

Therefore, our goal in any conversation we have with someone who is revealing a personal struggle to us or disagrees with us should not be to convince them that we’re right but rather, to share God’s love with them.

That love can best be expressed via empathy.

We can’t fully know how to respond in love to those affected by abortion until we understand what drove them to participate in ending a life in the first place. While the reasons are as numerous as the people involved, many women, men, and those who have participated in abortions have been misinformed, fearful, or both.

An entire generation of men and women, now in their 50s and 60s, were fed the lies that:

Also, “a woman’s right to choose” to keep her baby or terminate her pregnancy based on whether or not it was a convenient time for her to have a baby or the baby’s health became a mantra that still exists today. This declaration not only devalues the gift of life but leaves out the men who want to stay with and support their female partners away from that decision.

These same reasons cause many people to firmly hold to a pro-choice stance. Even if they haven’t personally been affected by an abortion, they feel compassion and empathy for the circumstances that influenced, or may later influence, as a decision to end a pregnancy is contemplated.

Today we can see that an embryo is a living being from the moment of conception, that there is no evidence that taking birth control pills during pregnancy causes birth defects, and that genetic testing is not always right.

Furthermore, we have learned that a child born with birth defects or abnormalities is no less valuable than a baby born without problems. Also, disabilities no longer restrict people from living productive lives.

We must recognize that all human life is a sacred gift from God.

At the same time, we have to acknowledge that pregnancy can be terrifying for a young, single, unwed mother when she doesn’t believe that she has the maturity or financial means to raise a child. When a couple has learned (and maybe even seen) that a baby will be born with a disability, the parents feel ill-equipped to handle it.

Many loving, compassionate people have made the decision for an abortion, believing that ending life prior to birth will be less painful and more merciful for a baby who is likely to suffer from the moment of birth.

Many thoughtful healthcare workers have talked through the risks and benefits of abortion in the case of a very sick baby from a place of compassion and concern for the baby.

Responding with the Heart of Jesus Christ

The point in examining the reasons women and men chose abortion or healthcare workers may have encouraged it is not to condone abortion but to evoke compassion and empathy for those involved.

It is important to understand that this decision was rarely made when someone was well-informed, well-resourced, and felt emotionally and financially prepared to bring a new life into the world. Rather, the choice to abort was usually made during a time of crisis, in a state of confusion and fear.

Therefore, the Christian response to abortion should reflect the love, compassion, empathy, and guidance of Jesus Christ as He sought to heal people through His unconditional love.

Let’s examine how Jesus responded to the Pharisees who brought a woman caught in adultery, to Him. (John 8.)

As Christians, we can acknowledge that abortion and encouraging abortion grieves the heart of God. Through the Holy Spirit, we can also help others with the pain and struggles of life on Earth by pointing them to grace and forgiveness in Christ. 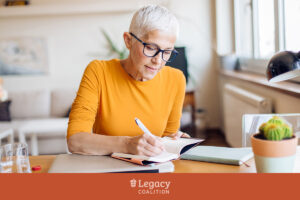 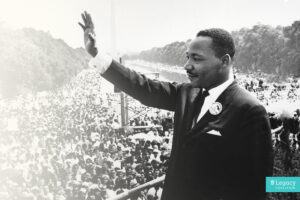 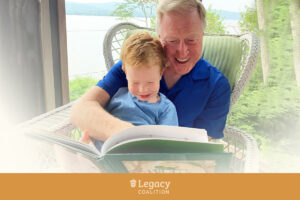 The Power of Stories

Written by Michael James Dowling, Christian author and editor If you’re a grandparent, you naturally want to provide love and support to your grandchildren. And

PrevPreviousReflection on Martin Luther King Jr. Day
NextUnderstanding and Responding to Abortion and a Pro-Choice Stance with Love (Part 2)Next