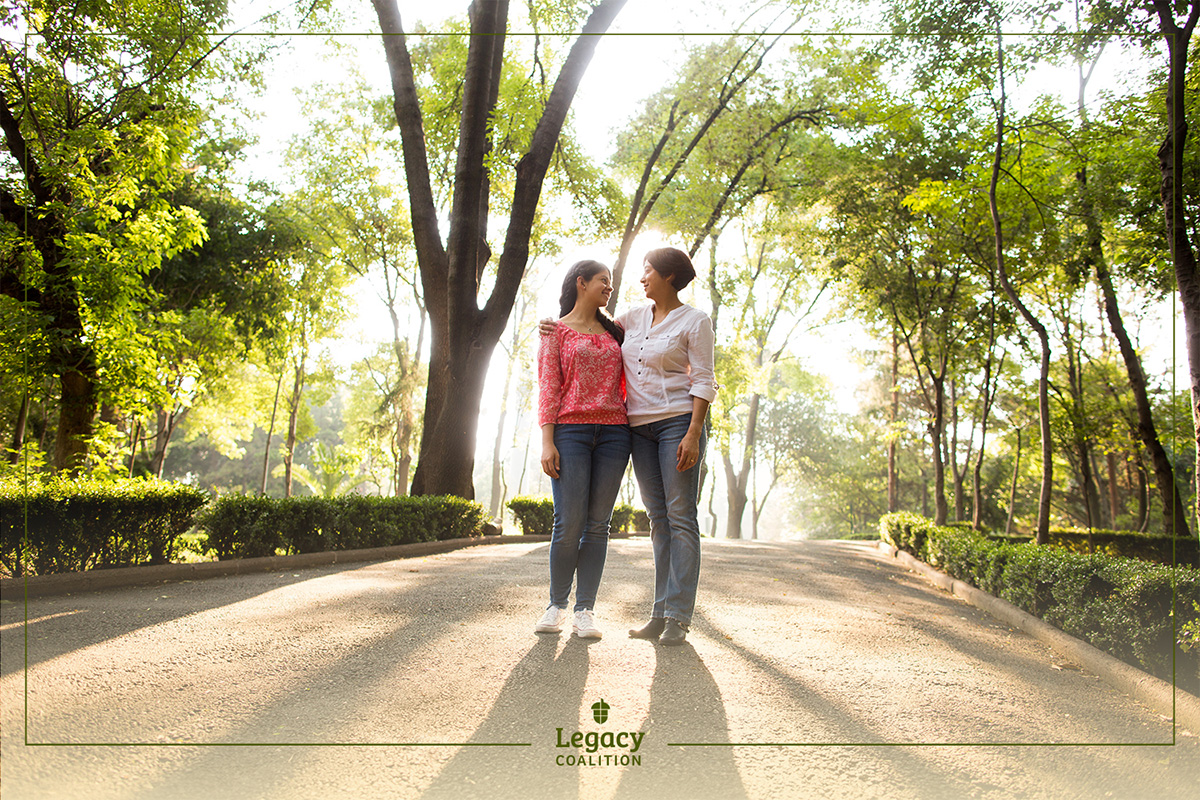 In Part 1 of this post, we explored how we, as Christians, can respond to confused parents and grandchildren with grace and truth by first looking at the facts about sexual orientation and transgenderism. Part Two covers specific ways to help our children and grandchildren as we navigate this issue with grace and truth. Please join us in praying for God’s glory and blessing as we seek to help families.

It’s surprising to hear parents, who are considering gender reassignment interventions for their young children, admit that they don’t think their kids are old enough to decide if they want to go to college or whether or not they want to get married. Yet, they are allowing their child’s distress or emotions to drive a decision about gender identity, a concept that is abstract to youngsters.

This is obviously very concerning and contributes to legitimate fear for the health and safety of our children and grandchildren.

Unfortunately, the fear that parents or grandparents feel when a child or grandchild discloses confusions about sexual identity often leads them to take drastic measures such as disowning the child. This will likely direct them right into relationships with those who will collude with their confusion- most often those aligned with an LBGT perspective on human identity.

Rejection is not a Christlike response at all. Rather than shunning people who were not living in accordance with Scripture, Jesus Christ offered grace, followed with truth.

If your grandchildren are young, talk with their parents about teaching them God’s design for males and females beginning when they are preschoolers. They can start with a simple age-appropriate discussion that acknowledges what most have already noticed- that boys’ bodies are different from girls’ bodies- and then state that God made them that way. (See this book as an example)

Then, they can continue to discuss human sexuality as they grow, providing more detail and allowing for more open conversations and questioning with each new developmental stage. (See this article for more)

Encourage your children to teach the science behind sexuality such as their DNA and the fact that a person’s biology as a male or a female is the cause of the many things that make each sex distinct from one another. By doing so, they will come to understand that their “gender identity” as a male or female is not just about their preferred presentation of themselves or their sexual expression.

Also, encourage your adult children to focus on helping their children find their identity in who God created them to be. When they, and you, recognize special talents or good character in those children as they are growing and developing, acknowledge what you see as evidence of God’s work in their lives. Tell them and show them that their value does not come from what they own or have accomplished or the admiration of others but in the fact that they are unique creations of God. (Eph. 2:10)

Yes, they have choices to make and they will be influenced by both nature and nurture. Knowing that emotionally safe and bonded human interactions are so influential, you can also encourage your grandkids to openly talk and pray about their choices and submit those decisions to God. By doing so, they will learn that wisdom comes from God.

When they behave in ways that are harmful to themselves or others, or when they make bad decisions, stand by and allow some natural consequences. If that doesn’t happen, it’s time for your children or you to impose some consequences that are related, respectful, and reasonable, depending on the behavior.

Kids need to learn that their behavior, good and bad, affects other people and they learn that from their parents and grandparents. Their experiences with loving, limit-setting adults in their lives allow them to trust in the authority of those adults and to be more open to the authority of God and the truth of the gospel.

It’s important to help them see that the things God calls “sin” are not merely to shame and control us but to protect us from being harmed.

During the elementary school years, it’s a great time to provide your children with information about appropriate limits on technology for your grandchildren and about good programs for monitoring usage. Computers and cell phones provide kids with a constant barrage of messages about sexual behaviors and encouragement to explore a variety of ways to express themselves sexually, and plant unfitting direct or indirect questions about their consideration of their “sexual orientation.”

Access to technology is essential in order for kids to be prepared to live in the world these days. However, an abundance of credible research over several decades has documented the negative effects of exposure to too much technology or exposure at too young of an age.

Talk as a family about the examples you need to set with regard to the use of computers, cell phones, and other devices. Remember that every generation (before cell phones were made available to the general public) got through life just fine without a phone at their fingertips.

The idea that a cell phone is a safety tool for kids is just not true. They are generally more likely to be harmed by what they consume on a cell phone than experience harm because they can’t reach someone via the phone when they need help. Read up on the recommendations for cell phone use by kids. (See this article for more)

Most experts agree that children under the age of 12 should not have a cell phone, and there is plenty of research to suggest that it is best to hold off on purchasing a cell phone for a child until he or she is 16.

Kids are exposed to a lot of inaccurate information online and much of what they read and consume affects how they think and see the world.

This is especially true when it comes to information about sexual identity. So much of the information presented is opinions disguised as facts. Some websites lure in kids who are feeling lonely and isolated by promising acceptance in an LGBT subculture, and that is hard to resist.

For preteens and adolescents, recognize that the constant flow of unwanted advertisements, posts, and images you may see on your social media accounts are just as consistent on their social media pages. The difference is that you have a lifetime of experience to help you ignore some information, discern which posts are reasonable or not, and know when to block disturbing images. Preteens and adolescents do not. They probably know much more than you do about how to block content, but they are not so good about recognizing which images are likely to affect them in negative ways.

Rising rates of anxiety, depression, and suicide among children, youth and young adults have been correlated with social media involvement. Given the fact that more and more research is showing that the negative effects of social media on preteens, adolescents, and young adults are beginning to outweigh the positive effects, it might be wise for you to encourage your children and grandchildren to avoid having social media accounts or help them set up reasonable limits for time on social media.

Teens and young adults are especially vulnerable to struggling with LGBT issues because they are moving away from their parents and toward their peers. So, they are all looking for a place where they feel like they belong.

If they feel criticized and rejected because they are currently identifying as L, G, B, or T, they will naturally seek out a place where they can feel welcomed. They long to feel accepted and any rejection of their decisions is experienced as a full rejection of them.

In the same way that you may have had to walk through some poor relationship choices with a son or daughter, you need to be willing to walk through their confusion about sexual orientation with a grandchild and his or her parents. The key is to be there and to listen. You can certainly provide wisdom and discernment as well, but it has to be motivated out of your love and concern for your child and grandchild, not your need to relieve your discomfort.

While we all know of stories of young people who have chosen a homosexual, bisexual, or transgender identity, many more explore this “status” or behavior for a brief period of time (just as they explore many other things during their youth) and return to God’s plan for their lives. This often includes heterosexual dating and marriage relationships.

Whether you accept or reject them while they are contemplating their sexual identity, you may significantly influence their connection to Christ and perhaps their final decision.

Finally, let’s acknowledge that some issues are just harder to understand and accept because of how they play out in our culture. Abortion, euthanasia, pornography, use and abuse, and sexual orientation are topics that tend to polarize people who disagree about these issues. That drives us to want to “fix” things quickly so we can feel better.

2 thoughts on “How Grandparents Can Respond to LGBT Issues Part 2: Ways to Help” 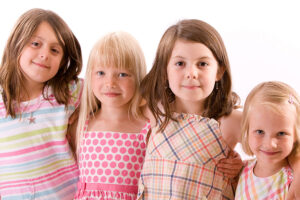 Written by Deb del Villar, Director of Communications When you think of make-believe stories, what are the first words that come to mind? Maybe it’s 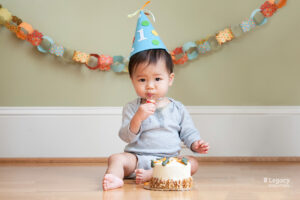 Written by Jane Larsen, Director of Connections, Legacy Coalition We’ve had a full year of our favorite new titles: Grandma and Grandpa! While we’re still 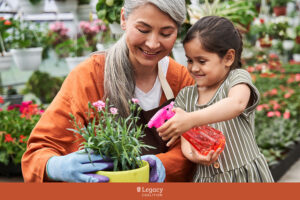 Developing Love and Joy in Your Grandchildren

Written by Dr. Joannie DeBrito, Family Support Specialist Are you starting to thaw from the winter cold? Do you see more sunshine these days? Can 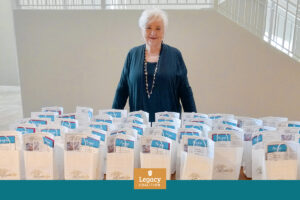 By Cynthia Moss, Legacy Coalition Ambassador and GrandLife Director for Shades Mountain Baptist Church The ministry of intentional Christian Grandparenting within the church at its

PrevPreviousHow Grandparents Can Respond to LGBT Issues Part 1: Being Informed
NextGearing Up for a Healthy 2022Next